Him & him: An Evening with a Psychopath

The comedy show was dank and dark, with a crowd so small they compensated by laughing extra hard at all the worst bits. Which is why it was strange his approach to the stage brought pained expressions from the comedians who would follow. His act unfolded without punch lines and little in the way of humour, but he made up for it with misogyny and generalisations. This was my first encounter with the Psychopath.

The man drew whispered condescension from the people who knew him. One person warned me to avoid him at all costs. But I was drunk and prepared to lose myself in the random chaos the world had to offer.

He was in control of everything except himself, the social manipulator with no conscience. He had recently returned from South America where rumours followed that he escaped massive debts and a pregnant girlfriend. He now jokes about it, because nothing is funnier than an unwanted child. You could never know what he was thinking because, unlike other humans, he just wore a face.

I met him on the street; he was talking to strangers about his comedy show. He told them he killed and in a way he did. The room definitely died in his hands. Adrenaline rushed through my veins and I smiled. I ignored the flabbergasted group he was lecturing too and engaged him. We had met earlier, exchanging names.

He twisted his head towards me and didn’t smile. I asked him if he wanted to get a drink and while he said yes I knew I was buying. We walked towards Ric’s, tenderly investigating each other. Halfway through a sentence he turned to a young woman walking past us on the street. He asked her, “Why do you have to be so fucking ugly?” I laughed out of shock. Shame and self-loathing has a habit of waiting until bedtime.

“Excuse me?” she responded. He told her, “You shouldn’t try so hard because it isn’t worth it.” He was erratic but I knew he was trying to impress me. As suddenly as he had accosted her he was beside my arm again, finishing his sentence.

It was like watching someone do cocaine, the little tics in his makeup. His hand was constantly moving and I never once saw him smile. His neck seemed coiled like a spring, and his body shifted with tension. His eyes were hollow, unburdened, but his brows were more telling. It seemed like he had two modes: sufficient and angry.

We crossed the road and continued chatting. The conversation wasn’t hard but I admit without my drunken state it would have been forced. We were stopped at the door of the pub and I.Ds was checked. It took a split second decision by the bouncer to let me in so I waited near the door for the Psychopath. The security guards took longer on him. Their job is to detect potential danger and I guess they felt it in him. They told him his shirt wasn’t acceptable and they wouldn’t let him in. He tried to argue the point and I could see his eyebrows rise. I didn’t care where we went and I told him so. I walked out and convinced him to go to a club several doors down. He drank bitter to match his mood. I ignored this and we chatted about life.

He told me of his time in South America and all the drugs he did, and we discussed drug policy and politics. He was midway through a story about his Brazilian girlfriend when his discontent overflowed and I was swept away with it.

“… You know, I think that fucking cunt didn’t let me in because he didn’t like me.” I said something like I doubt it and explained my reasoning. He wouldn’t have it. “I bet you if we changed shirts he would let you in.” I inspected his top; it was a collared t-shirt, the type college jocks and Ralph Lauren lovers obsess about. I knew he was probably right.

Swapping shirts in the club bathroom, we walked out of the toilet and finished our drinks before walking back down to Ric’s. The same security guards were there but they weren’t paying very much attention as we approached. The shirt stank of sweat and I could think of nothing else as I handed him my I.D. Again a split second decision was made and I was let in. Not recognising the psychopath they pushed him inside after me.

I was shocked, he wasn’t.

He cut through the burgeoning crowd, shoving bystanders out of his way. We both grabbed another drink: beer for me, gin and tonic for him. We made our way outside and sat in the smoker’s area. Neither of us smoked, but he eyed off the smokers like they were cattle.

I tried to engage him again. I wanted to know what it was that compelled him, what deep, dark origin story was the reason behind his actions. But his apathy towards my questions slowly silenced me. He didn’t care about anything except his image right now. He was stuck in the present while I stumbled around in his past.

He eyed off two women who were sitting close by guarding a cigarette. He broke away from me again and I could tell by the way he looked that he was trying to impress me, or at least make an impression. He sat down next to the women and motioned for me to come over, which I did begrudgingly. They seemed annoyed by his sudden appearance. 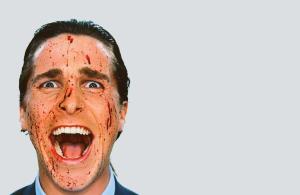 And then he unleashed himself upon them. Saying disgusting things I don’t want to repeat here because I have already given him enough of a voice.

It was a monologue: a diatribe that didn’t need an audience. He could have been delivering it to a mirror. He vomited words onto the table and the bits and pieces I retained were enough to sober me. I fled. I made an excuse and left.

I used to think I ran away because that is what society does in the face of apathy and enigmatic disdain. But that isn’t true. I fled not because of fear, but because I knew I had captured something, that this was a story that I could tell where I was the hero whose call to adventure could be labelled as “interesting”.

All I managed to capture was a sad little man with an anti-social disorder. All I managed to do was justify his actions because he was just a player and I was his platform for performance.

I couldn’t wait to impress an unknown audience with my story. Or at least leave an impression. As such, I put his character before the real people we met. So I wonder, who is the real psychopath?

← Beer and Self Loathing: Eating my way through the U.S.A. – Part One
REVIEW: Insane Clown Posse at the Hi-Fi →

One thought on “Him & him: An Evening with a Psychopath”